Introduction to the Survey Results

In addition to the technology questions we’ve been asking UVic law students over the past seven years, we decided to ask some extra questions about the increasing important mobile technology that students are arriving at Law School equipped with.  One major change to the methodology of this survey compared to past years is that we sent the survey to all students at the law school, not just first year students.  The response rate was 25% this year rather than close to 100% in previous years.

[Note: if you have problems seeing any graphs on this page, please look at the underlying Google Doc’s page for this blog post] 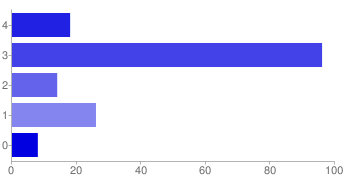 30% of students own “Smart Phones” or phones with built in web browsers that allow them to surf the internet on their cell phones.

From the library’s perspective this will be an important area to watch, as there are a number of interesting new technologies (like QR Codes) that could potentially enhance the library’s services that depend on library patrons having access to the internet on their cell phones.

On the other end of the spectrum, surprisingly 11% of students do not own a cell phone at all.  Given how ubiquitous cell phones are becoming, I suspect that this number will drop over time. The high cost of cell phone plans in Canada relative to other countries probably contributes to the number of students with out cell phones.

For the first time, all respondents to the survey report having either a laptop, a desktop computer, or both.

Laptop ownership has plateaued at 97% after years of steady increases. Currently 39% of all laptops are Mac’s, 3% are Linux, and the remaining 58% are running Windows.

Desktop computer ownership has been increasing over the past two surveys, with over 60% of students owning both a laptop and a desktop computer.  All students now have access to high speed internet in their homes.

How often do students bring their laptops to school

One only has to look in Law Faculty class in session to realize that at least 82% of students bring their laptops to school almost every day.  Does this open up pedagogical opportunities, or is it just a thorn in the side of faculty members? 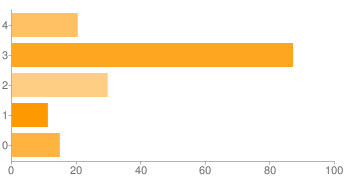 86% of students own an MP3 Player of some kind.  Of those students, 88% own Apple products. For any instructors wishing to do podcasts of their lectures, there is no need to hold back any longer as the 14% of students with out PM3 players can review class lecture podcasts on their laptops.  Campus Systems is considering setting up a UVic iTunes site (like other universites have done) which would make distributing the mp3’s of class lectures very simple to do. 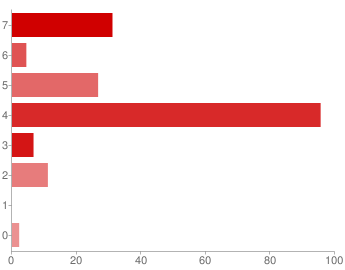 Microsoft Word is currently the most popular tools for collaborative document editing at 58%.  Interestingly, Google Docs is preferred by 27% of students. The strong showing of Google Docs is probably due to it’s real time collaboration features that allow multiple authors to work on a document at the same time with built in version control.

This is probably the last year that we will mention this question in the survey summary, because after coming close to 100% in previous years, this year, 100% of students responded that they now have access to high speed internet at their homes.

Currently 86% of students use Facebook. This is up marginally from 79% two years ago.  Of the Facebook users, 69% connected with other incoming students via Facebook, and another 3% did not, but would have liked to.

Some students voiced strong reservations about mixing their “business” and “personal” lives on Facebook.  It was also mentioned that many Law School and LSS events are already on Facebook via “organic” groups.  What might be interesting to pursue is to ask the LSS to post all Law Faculty events on their group, so that those who use Facebook can have the option of subscribing to a complete list of Law Faculty and LSS events with out Law Faculty or Staff being involved on Facebook. This would address the primary privacy concern of students.  We would also continue to provide our in house Calendar for those who do not use Facebook, or who do not want to use Facebook in this manner.